You are here: Home / Telescopic Gates 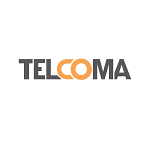 Electromechanical gearmotor in oilbath.
For industrial sliding gate up to 800 / 1200 / 2000 KG
With encoder, magnetic limits and built in control unit.
Slowing down feature in opening and closing.
Plug in receiver and self learning function.
Sturdy aluminium base corrosion resistant and all moving parts are in oilbath.
Manual release with coded lock