You are here: Home / Barriers 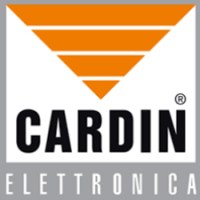 Electromechanical barriers for the access control of parking lots, apartment blocks, company grounds etc. The various models allow all types of installation on passageways of up to 3, 4 and 6 meters with differential speed. The centralised movement of the boom makes the barrier perfectly symmetrical and allows it to be installed both to the left and to the right of the passageway. The vast range of accesories simplifies thier installation time.